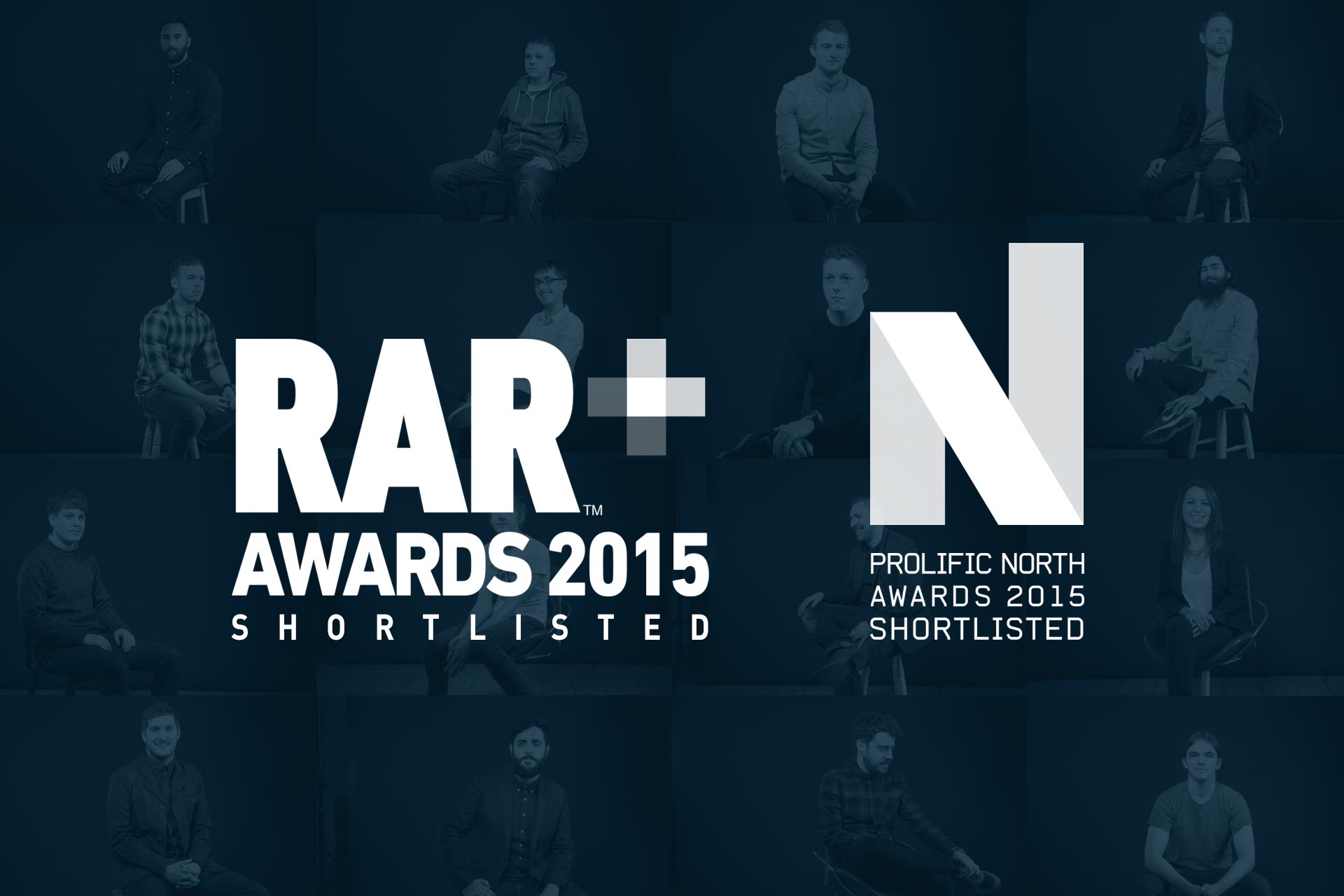 It’s been one hell of a week for us, and we’re excited to announce our first new nominations of 2015. There was the small matter of us being nominated for Best Low Budget Campaign in the first ever Northern Digital Awards at the back end of last year, but these are our first accolades of this year.

We started the week with another Recommended Agency Register (RAR) nomination in the Design Under 40 Staff category – the second time we’ve been nominated in this category, our fourth consecutive year of being on the shortlist and our fourteenth RAR nomination overall. We can’t thank our clients enough for putting us forward, and hope we’ll be able to hold our own in such a competitive category.

Just when we thought that was enough excitement for one week, this morning we found out that we’ve been nominated for Best Content Team in this year’s Prolific North Awards too! Considering we’ve only had a content team in house for just under a year, we’re blown away to have been given a nomination nod so soon.

We’d better get our best duds pressed and ready to go in anticipation for the ceremonies in April, come to think of it…