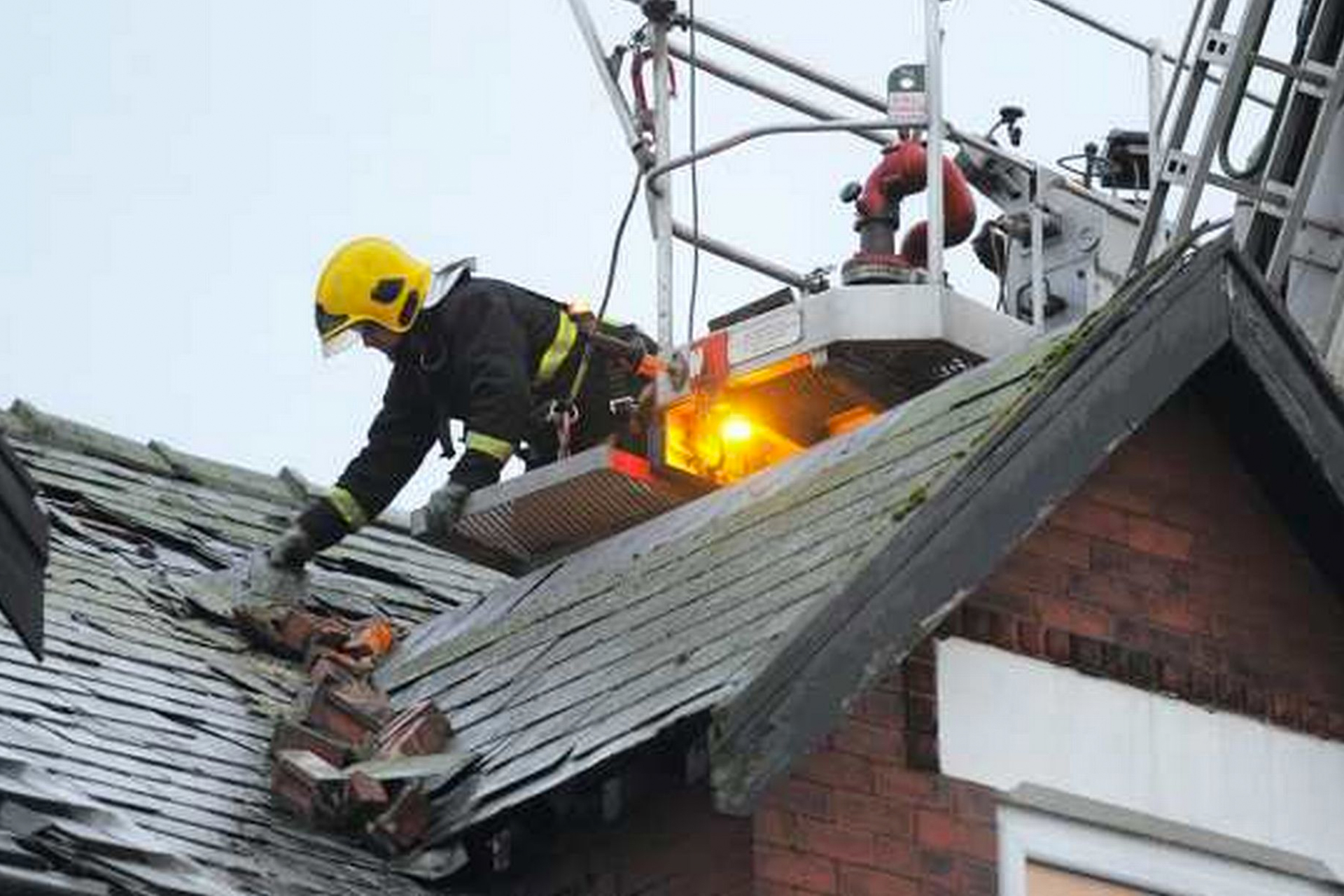 Our office in the Heatons is in a fairly quiet and leafy area, so we’re not used to much out of the ordinary happening round here. That all changed this afternoon when we got hit by a mini tornado in the centre of the town.

It only lasted a mere thirty seconds, but in that time chimneys, bricks and fences were brought down, a local hairdressers had its window took out, and the local charity opposite had outside tables and prams strewn across the road. The main road outside remains closed off this evening as they make safe several roofs in order to avoid anything falling on the public.

The ahoy office itself looks to have gotten off relatively unscathed, though we’ll be keeping an eye on some suspicious cracks in the ceilings.