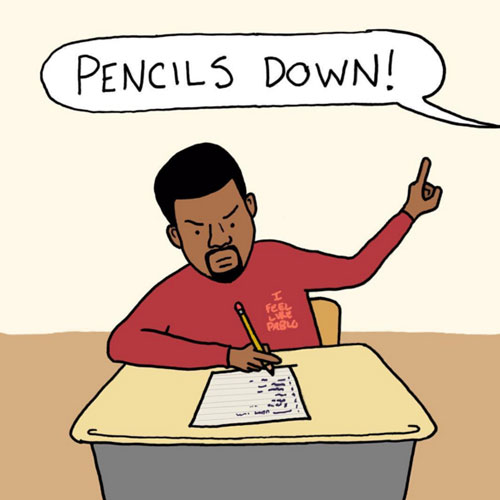 A common thread that runs through the AHOY studio is that we all genuinely love design, web and print. We love brands and everything about them – we talk about them and what they represent just as much as we do about their logos, websites and so on. The problem is, these conversations never really leave our studio walls. We want to change that.

Today marks the start of we like it Wednesdays (#WLIW). Every Wednesday, we’ll share our favourite things from that week. It might be Kanye’s new album, or a print campaign for National Rail we saw while we were stood waiting for yet another delayed train, maybe even fashion design from our travels around Manchester…

We’ll bring you the things we like, and we’d love you to hear what you have to say about them too.

We LIke music – KANYE WEST, THE LIFE OF PABLO We couldn’t not talk about this album, could we? It’s in the ears of every member of the AHOY team as they walk through the door, and blasting through our speakers throughout the day. The Life of Pablo is unlike anything we’ve heard before, and it’s so hard to even define its genre. It’s not rap, it’s gospel almost – so ambitious and exciting. Current studio favourite tracks are Father Stretch My Hands Pt. 1 and FML. If you haven’t heard it yet, you can still get involved over at Spin (don’t bother with that Tidal nonsense… we didn’t!):

Because it’s about time he won an Oscar, give Leo a helping hand over at redcarpetrampage.com. Let’s face it. There is no way in any of our lifetimes we are going to get to go on a booze cruise in space as casually as we would get trollied in Magaluf, but NASA is looking to the future with its, well, out of this world (what percentage of stories about these posters have used that phrase, do you reckon? It’s got to be 100%, surely?) advertising campaign… And that was the first instalment of #WLIW, folks. Same time next week?