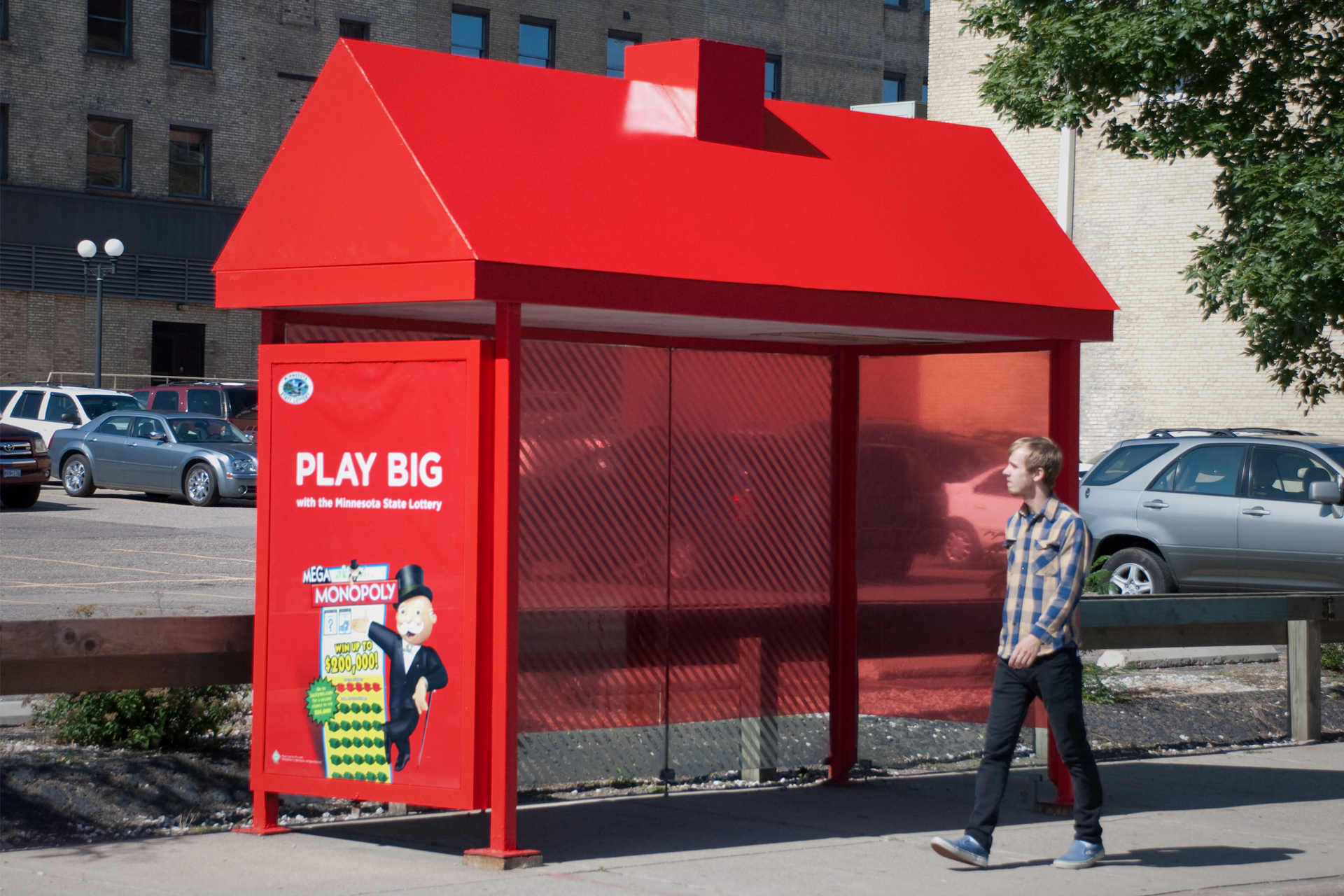 Guerilla advertising can stop your target audience in their tracks

If you were to actually stop and add up every advert you came across during the course of an average day the figure would be likely to run in to the hundreds – possibly even thousands.

Just looking at the contents of my desk now I can see adverts everywhere – Apple logo on the computer, Coca Cola on a drinks bottle, Casio on my calculator, Stabilo Boss on a highlighter, Bic on a pen, the list goes on..

I don’t really notice these adverts every time I sit down though, as I’m so used to seeing them being there. What really grabs people attention is something out of the ordinary.

This is why guerrilla advertising really appeals to me. It is unconventional and when well designed could be considered an art form in its own right.

This style of marketing often involves the clever use of space and examples of these adverts can be found on park benches, airport conveyor belts or even city centre pavements. They are intended to interrupt the target audience, grab their attention, where they wouldn’t usually expect to see it. Catching people unawares like this can be incredibly powerful.

Some guerrilla advertising can be amazingly elaborate and on grand in scale. However, there are much more accessible ways of achieving this effect. One way we to do this is through ‘Green Graffiti’, also known as ‘Clean Advertising’. This cheeky, and somewhat controversial, method of advertising involves cleaning a grimy town centre pavement with a high pressure hose and a stencil to create a desired image.

These adverts can be sprayed in up to 20 locations for £500 and tend to last for six to eight months – when compared to a billboard, which can cost £2,000 for two weeks, there is an economic appeal to this tactic.

There are downsides of course. There is a likelihood you will annoy the council or two doing this as you highlighting how dirty they keep their pavements. They do also have the option to clean the floor afterwards – but they tend not to.

The other obvious downside is you couldn’t do this where the floors are kept clean. Although in a large urban centres, like in Manchester, you are likely to find endless areas where this isn’t the case!

Mr Cooper’s opens at The Midland Hotel with branding, web design and print from Ahoy