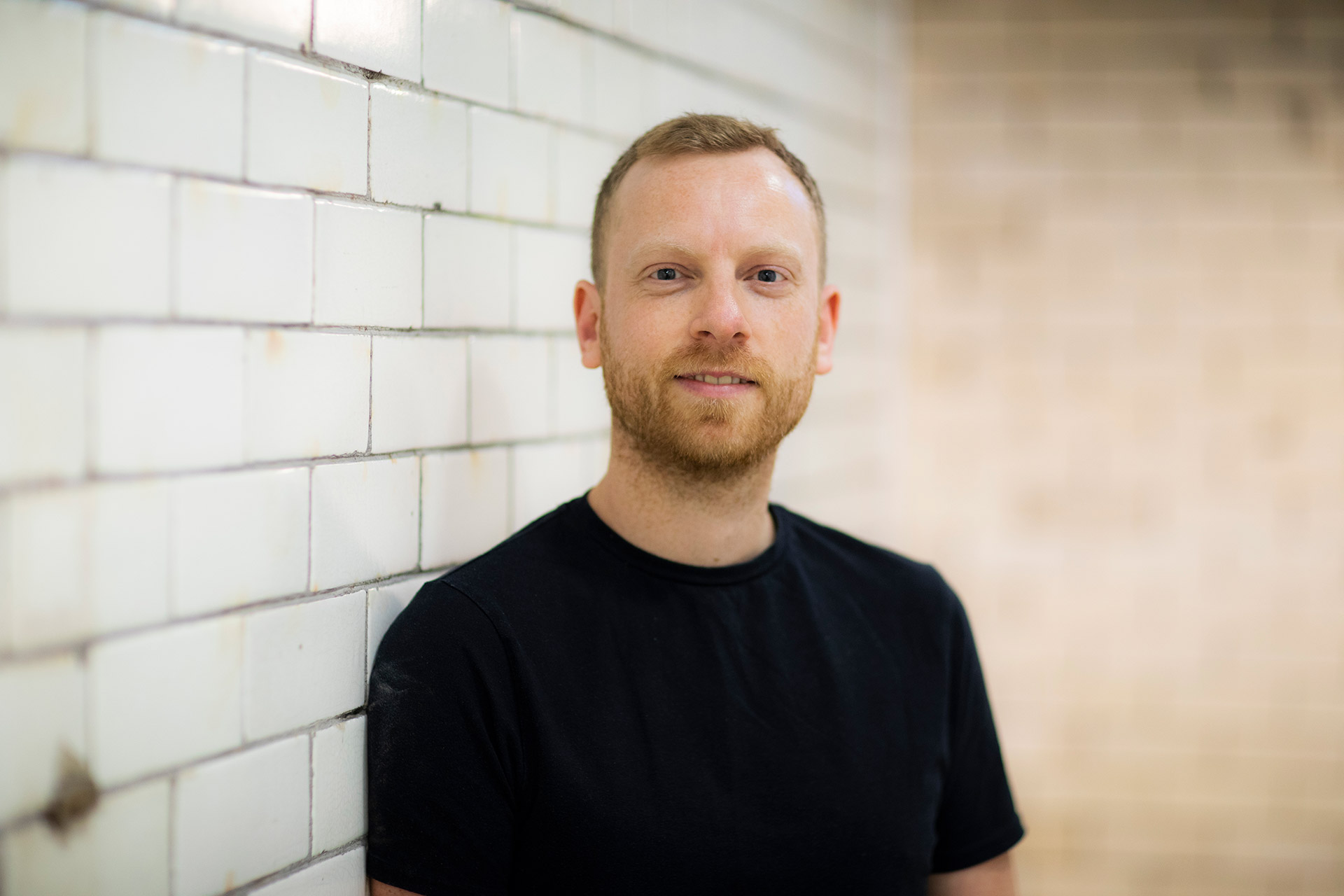 Our senior designer Matthew Hill has been with AHOY since the beginning. One of the quieter people in the office, he’s a dark horse and a do-er, with unrivalled organisational skills and big ideas on what constitutes good design. We caught up with him for a quick chat…

You’re kind of a long-term fixture at AHOY – what brought you here?

Before I came here, I studied graphic design, went off travelling for a year, then came back and got a job at an agency in Nottingham. I worked there for about two years as a junior, then quit and moved up here in 2009. I liked Manchester; I’d spent my whole life in Nottingham, and I was ready for a change.

Did you have any kind of master plan when you moved up here?

Not really, no – it was just a bigger city with bigger stuff going off. I got a nice flat in a horrible location; I was basically living in a massive car park. Then I moved to the Northern Quarter, and I lived there for a couple of years and loved it. The Northern Quarter was so much better back then, before it was gentrified!

OK, so that’s how you got to Manchester. How did you get to AHOY?

I had a couple of interviews, then I met Mark, and he offered me a job. I was still a junior at that point; I’d only been in design for two years before that but it was a fast two years. I’ve seen AHOY grow and change in so many ways since then.

And you’re still here now (obviously!) – was there never a point when you fancied a change?

I think I’d be lying if I said I hadn’t thought about it, but this is just such a nice place to work. Mark is fair and, as long as you pull your weight and put your hours in, it’s all good. Over the years, there’ve been things that needed work, but that’s the same anywhere. It’s nice to have been part of the improvements, to see that massive learning curve for all of us since the start.

One thing about AHOY is that no one thinks they know it all. There’s a lot of self-critiquing, isn’t there?

Oh yeah, we do that all the time. As I’m designing, I’m always looking back at that brief. it’s so easy to go off on a tangent, and take it down a wrong road. You always have to pull it back and check your work is hitting the brief. We want to be successful, to hit the nail on the head first time. You can’t always manage that, but you want to get as close as possible.

Good design is design that achieves results. To me, it doesn’t matter if that design isn’t that pretty: I think you can have pretty ugly design, but it’s ugly for a purpose. Look at something like B&M Bargains – it has to look cheap, and that brings the results they want.

I’m not a purist, and I think that’s where I differ from a lot of designers. I’m not so precious about how aesthetically pleasing something is – if it does the job, it’s successful. When you’ve got it down in black and white, and you’re looking at your results, that’s what matters.

Describe yourself at work in three words

Organised…I’m quite quiet? Focused. There we go.

OK then, describe yourself at home in three words

Organised…again! I’m just a doer. I get stuff done. That’s home and work for me. Writing stuff on a list, getting through it. That’s what I like.

Not quite three words, but we’ll let you off. If someone’s wondering whether AHOY’s going to be the right agency for them, what would you say?

It depends. A lot of it has to do with personalities, I think, which is one of the reasons we’ve been so successful. The people who work here reflect well on us as a company, and our portfolio of work definitely has an impact, as well as the results it’s had.

Do you find it helpful if someone comes to you and says, “I’ve seen this project you’ve done and I like it”?

It’s good both ways: it’s nice when someone comes to you and says, “I love what you’ve done with this brand – we want something similar” so I know where I’m starting.

It’s also nice when a client comes and says, “I don’t know what I want” because, even then, we do our research and we use the client’s objectives to form constraints to work within.

Who would you say we’re not a good fit for?

Someone who doesn’t trust us. Everyone has a creative side, and there does have to be flexibility, but I think you have to trust your designer. You’ve come to us because we’re good at what we do.

Sometimes clients have a bit of a panic, which is why we sometimes offer them a few different options: here’s your safe route, here’s your middle route, and if you want to do something different, you can go this way. Sometimes clients come in looking for a safe option, then you show them something really out there and it wows them. And it’s really nice when people come in and say, “We love what you do, we trust you, just give us something great.”

That happens more often now – we’ve got enough history and enough great projects, and that instills trust. It’s what we’ve been striving for for years, and now in the last few years, we get people coming in and letting us take them in the direction we think will work for them.

What’s the best bit of your job?

We’re never doing the same thing for a long time, usually. One week, I’ll be doing something about yoghurt, the next week I’m working on a racecourse. You learn so much about businesses and their industries, things you never knew existed.

And I love when someone comes to you with a poor website and a great idea: you can see how brilliant it can be. I love going in there and sorting it out – it’s that problem solving thing again.

Where can you be found when you’re not here at AHOY?

Anywhere where my mates are; I’m always out and about, always doing something.

They change every month.

Good luck and don’t mess this up! 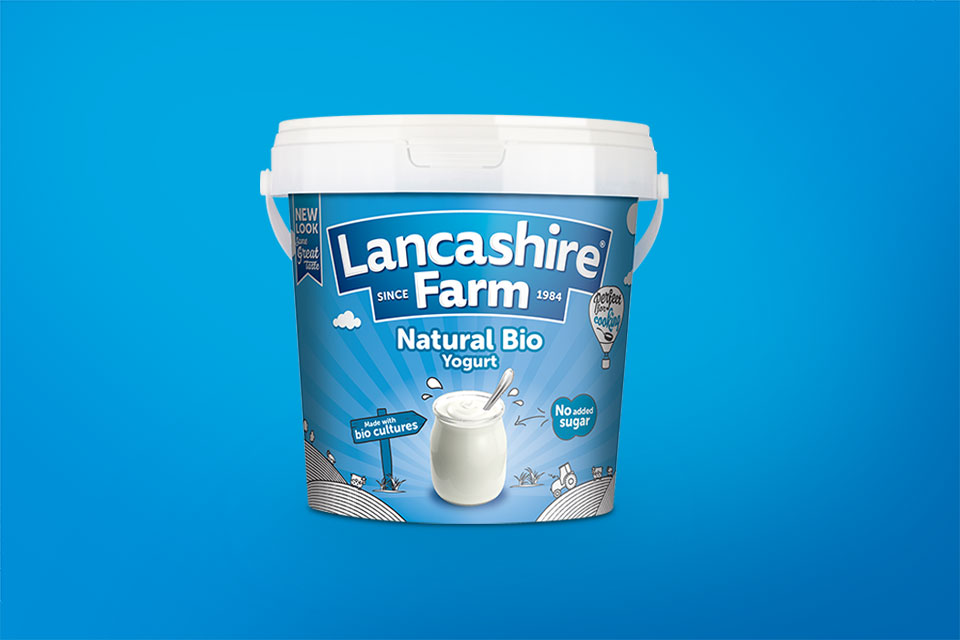