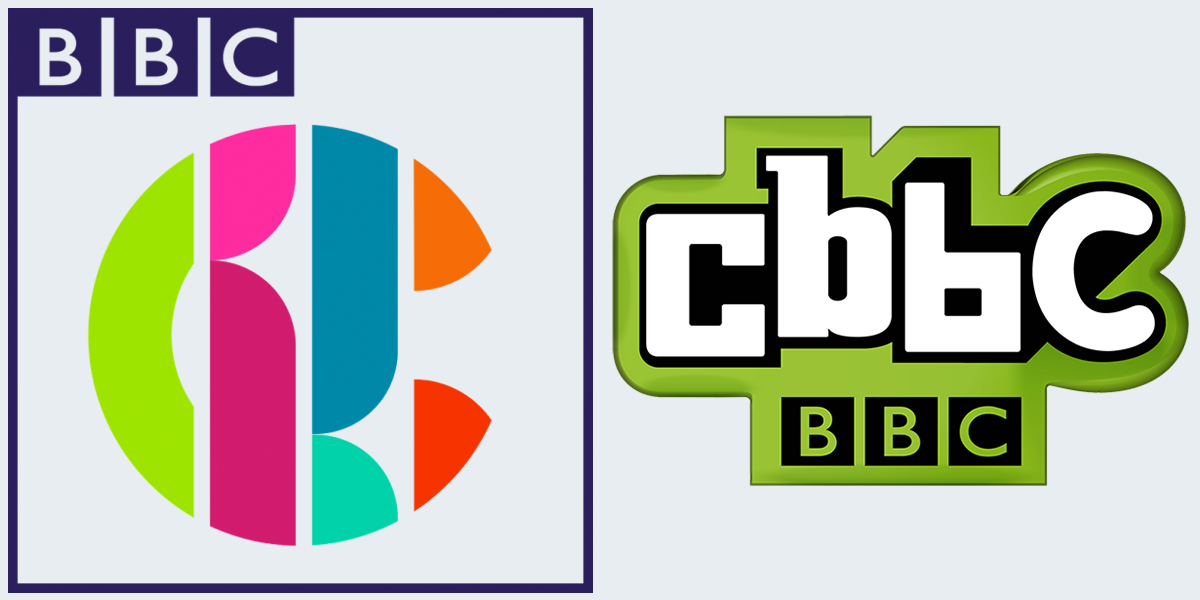 Now and Then: CBBC

Right, let’s fire up another new feature idea, see if it has any legs. Maybe it will, maybe it won’t – let’s see how we get on.

The premise is simple, take one of the latest rebrands everyone is talking about, and give not only our initial reactions to it, like literally everyone else does, but our reactions once we’ve gotten used to it and maybe read up about it too. Opinions about design, like anything else, come from the heart initially – with personal taste and preference playing an undoubtedly large role – but as you read up on an identity and start to understand the theory behind it, or maybe as the agency responsible reveals more touchpoints to surround the central marque, you can come around even to identities that you might have responded negatively to at first.

The victim of our trial run, therefore, is none other than Red Bee‘s rebrand of CBBC. Following hot on the heels of their initially-controversial BBC Three rebrand as the channel moved online, today’s identity refresh comes nine years after their last one, bringing a bright, sophisticated look to the channel. It’s difficult to tell whether this move will be indicative of a shift in CBBC’s content going forward, or if it is simply an effort to avoid the identity standing out like a sore thumb alongside BBC’s other sub brands. One thing is for certain, though – it certainly creates a clearer visual distinction between CBBC and CBeebies, making CBeebies look somewhat dated in comparison. Perhaps we’ll see a refresh for them sooner rather than later too…

Honestly, if sophistication was the central aim of the rebrand, they’ve definitely achieved that with the core marque – though the YouTube sizzle reel they’ve created doesn’t make it entirely clear whether the identity is quite as dynamic as it initially appears, we’ll have to see.

Feelin' fresh this morning like @cbbc! Check out our latest work #cbbc pic.twitter.com/qYjSHwVeT0

The final animation where the marque comes together is gorgeous, and actually takes the opposite approach to Hello Monday‘s YouTube Kids identity – in that, while CBBC leads with the “for kids” CBBC branding and adds the BBC branding afterwards as a finishing flourish, with YouTube Kids, YouTube comes first, and the “Kids” sub brand literally spawns out of YouTube. It’s an interesting statement of intent for the BBC, potentially, showing that they intend to keep CBBC as very much its own entity on its own terms.

When it came to revisiting this identity at the end of the week, everything we said on Monday still stood, really. We needed some fresh insight, a new, exciting take on the material.

We couldn’t go to Twitter, that was too easy. We had to get creative. We had just the person in mind, but simply couldn’t get through to him. We rang and we rang, and could only get his agent. He was hesitant. His client hadn’t gone public with his thoughts on design before. His role was always in more of a consultancy capacity. This was new to him. We had to play hard ball, and frankly, beg him to have his say.

So here it is:

A man of few words, that Seth. He was teasing us. We wanted more than that, and he knew it. We had to really press him, make him just say it like it was, without pulling any punches…

That was our lot, apparently. Before we knew it, his entourage pushed us out of the way, we drifted lifelessly towards the pavement like the poignant plastic bag in American Beauty, and that was the last we saw of him.

Join us next time, with another identity that we can’t not talk about. Hopefully next time it might be one that we actually need to spend a week getting used to and happy with, not one that we liked first time! Oh well. You have to try these things, don’t you? And hey, there was just as much of a chance that we could have completely about-turned on it in five days as the chance of us carrying on liking it as much as we do… So there.