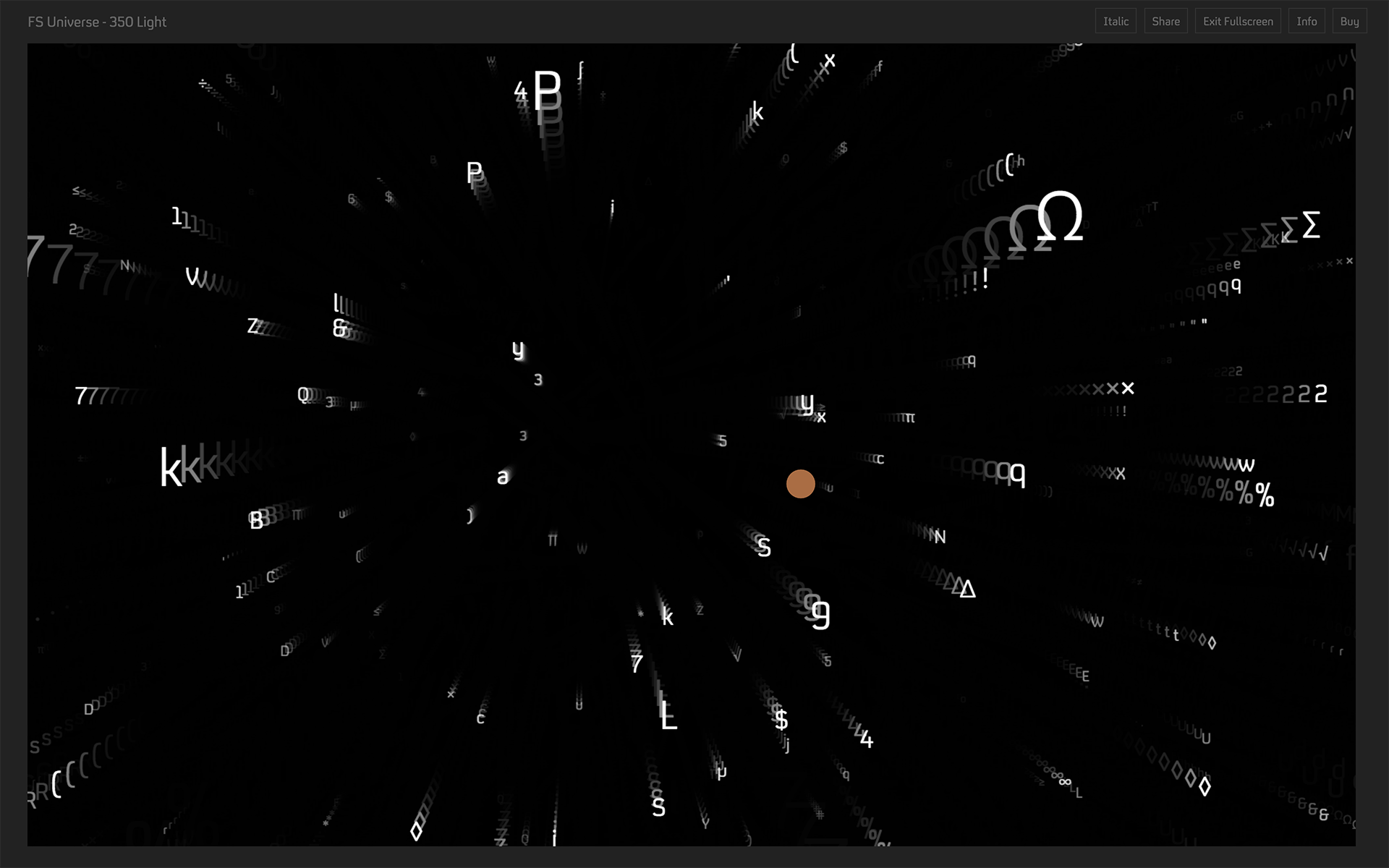 As we roll onto our sixth installment, we’ve got a leaner, tighter, ‘lite’ version of #WLIW, down from the normal three featured bits to two…

…Which is in no way related to it being bank holiday on Friday and us being insanely busy this week, but who said it was all about quantity anyway? When you create a font that’s got as many weights and is as flexible as FS Untitled, maybe it’s better to remain nameless… The pixel friendly typeface may feel familiar to some, as it’s a redrawn version of a font formerly used by Channel 4, but in its new guise, it’s been tweaked and expanded into a 24-weight workhorse of a font.

Coming up with a way to best present such a volume of type no doubt brings its problems, but they’re easy to navigate if you use Fontsmith – you just build a custom site to animate each weight and show it off in all its glory. Last week Nike held its annual Innovation Summit, a showcase of its most coveted tech and a glimpse at what you’ll be able to put on your feet over the course of the next year. If you’ve read a couple of our other #WLIW posts, you’ll know that we’ve got our fair share of trainer aficionados in the studio, but Nike’s headline act wasn’t just for us sneakerheads… The Hyperadapt 1.0 (above, obviously…) was mainstream news after it made the powerlacing system which Tinker Hatfield designed for the Nike Air Mag in Back to the Future, a reality. But Nike had plenty more tricks up its sleeve: redesigning its famous ‘Air Max’ bubble for the VaporMax (the GIF above); continuing to improve on it’s signature Flyknit technology and creating the most mesmerising running spike (process of elimination and all that, you’ve probably guessed which one this is, right?) you’ll ever see for American sprinter, Allyson Felix.

Hey, I did warn you it’d be particularly short and sweet this week…