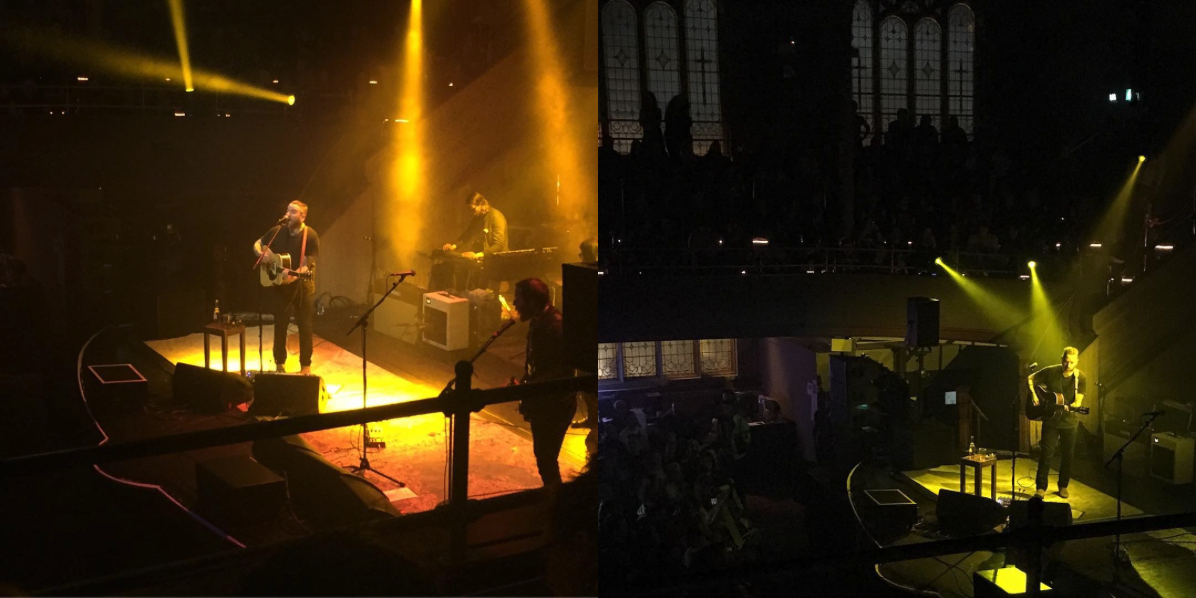 Wednesday is here. Half of the week down, half of it to go. Don’t let that get you down, though – we’ve got another batch of bits and bobs that we’ve liked over the past week to share with you.

A few of the AHOY team spent their Saturday night in the company of Alexisonfire’s Dallas Green in acoustic singer-songwriter mode, so it’s only right that we give City And Colour some kind of recognition in this week’s #WLIT.

For the uninitiated, we can’t recommend the latest album, If I Should Go Before You enough – there honestly isn’t a bad song on it, and Woman is one hell of an album opener.

An open-source project that visualises code as what can only really be described as a cross between abstract fractal designs, Space Invaders and giant anime robots – all with the Matrix code effect applied over the top of them. You’ve got to see it, we were mesmerised when we first saw it! It’s a cliché, we know – a design agency sharing a font… This isn’t your average font, though. Watch the video, and Travis Kochel’s font will all make sense. Well alright, maybe not all 19 minutes of it, that might be a bit much… You’ll get the gist fairly quickly!

That’s all, folks. Hope to see you back here next week, and hey, if there’s anything you think we need to see, tweet it to us and you never know, we just might include it in next week’s edition of #WLIW…

Until then, though… God, this is when it’d be great if we had a #WLIW catchphrase to sign off with…

What a Wednes-nope, that’s not it.

One, two, three, four get with the Wednes-nope, that’s even worse.

Leave it with us…